Many of us say that we want to be led by God, but are simply wanting Him to confirm our will. We really do not want God to show us His will. David was not like us. His prayer in this psalm echoes the prayer of Moses in an hour of perplexity.
On Mount Sinai, the mountain of God, Moses received detailed instructions for building the tabernacle where God in all His glory was going to come down, move in with His people and dwell among them! When Moses came down from the mount to convey this news to the Israelites, he was astonished to see that in his absence they had lapsed into idolatry and were dancing wildly around a golden calf.
God told Moses to stand aside so that He could pour out His wrath upon the faithless people, but Moses played the part of a mediator. He pleaded with the Lord to blot his name out of His book rather than blot out Israel. God told Moses that his prayer was heard but that instead of leading the people himself, He would send an angel to lead them.If He, the living holy God, were to come among the people of Israel, He would in His anger destroy them for their wickedness. (Exodus 33.5)

It was an hour of great puzzlement for Moses. He went to the “tent of meeting” which he had pitched outside the camp, and there God, in grace, talked to Moses. He spoke to Moses face to face as a man speaks with his friend. Moses poured out his confusion to the Lord. “Teach me your ways, so I may know you and continue to find favor with you.”
Moses did not dare make a single move without God. No mere angel could take God’s place; it had to be God guiding and leading the people, or there was no point in going on. The Lord favored Moses’ plea and said to him, “My presence will go with you”.
In Psalm 25, David later prayed in the same way. He desired to be led by God.
Dear friends, when God sees that we genuinely want to be led, He will surely go before us and lead us in the right path. Let us submit to Him fully and follow Him in obedience.

Christian Literature for the Philippines - September 2018 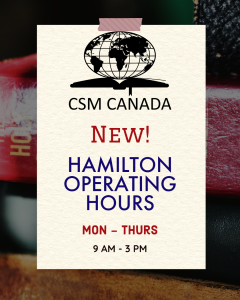